Slogging through another election cycle, you are probably deluged with dozens of political ads every day with candidates touting what they will vaguely do for your vote, and often, talking about how much their opponents suck. Don’t you wish they would have more concrete plans, or at least promise to delegate to true experts who want a better quality of life for the citizenry? As you determine which option to go with at the ballot box, perhaps it is time to consider what their position is on important science policy.

Officially, the government’s department overseeing science policy is the White House Office of Science and Technology Policy (OSTP). The mission of this office is to “maximize the benefits of science and technology to advance health, prosperity, security, environmental quality, and justice for all Americans.” The personnel in this office (hopefully) consist of experts in many scientific fields that will advise the President, generate new directions for scientific innovation, and integrate existing and emerging technologies into society for humanity’s benefit.

Everything you do, from the shoes you wear, to the device that prepares your morning coffee, to the handheld or desktop computer you are using to read this right now, is the product of science. Science policy is responsible for helping drive, yet regulate, scientific discovery to ensure continual improvement of your quality of life without sacrificing safety or integrity. As one of many gatekeepers to keep the population safe, paraphrasing Jeff Goldblum’s character in Jurassic Park, the offices of science policy make sure that just because science can do something, they need to step back and determine whether they should do that thing. Per the National Institutes of Health’s Office of Science Policy:

Science policy is rooted in a number of sources and ideally is as dynamic as the science it underpins. Policies created by NIH might stem from recognition that an emerging area of science needs policy guidance, statute, regulatory activities, or Administration priorities. Optimal biomedical research policy development depends on empirical evidence and robust discourse that captures the perspectives of stakeholders, ranging from the scientific community to the federal government to the public. Perhaps the greatest challenge in science policy is creating a framework that strikes the balance between preserving public trust in research and promoting rapid and exciting scientific advances.

Maintaining the public trust in new and thrilling medicines and technologies seems like a good way to ensure they keep voting for the candidates that will promote good science policy, or at least try to curb the tide of misinformation and anti-intellectualism in recent times. Just as importantly, allowing access to higher education, including in STEM or STEAM fields, for everyone is critical to an inclusive and diverse research machine that will continue to drive innovation through the bringing of ideas from all walks of life. Part of science policy is to identify issues or candidates that will push for inclusivity while fighting against prejudice and potentially racist policies.

There was an engaging conversation in Cell that discussed how biotechnology can be leveraged to solve human problems. In this article, Dr. Michelle McMurry-Heath, the chief executive officer for the Biotechnology Innovation Organization (BIO), clarified the differences between biotechnology and basic science, but also talked about the many opportunities that could stem from the field. 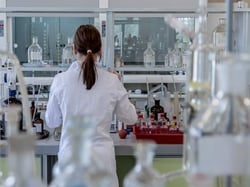 “…at BIO, we’re really trying to say that if you’re looking across many of the human conundrums that plague us today, whether it’s pandemics or climate change or the difficulty of getting nutritious food to every table and making sure that children are growing up as healthy as possible, or ending or preventing any disease, you’re really talking about biotechnology as the solution—as the key to unlock that problem.”

“…that impact [of biotechnology] has to be not just a scientific one, but it has to be science that is accessible to everyone who needs it.”

Of course, science doesn’t just deal with biotechnology, but with medicine, everyday chemistry, engineering, and more. As seen above, there needs to be a balance between maintaining public trust while advancing technology at a reasonable pace. The people in charge of setting policy ensure that research is conducted within a framework of scientific ethics, emphasizing safety while ensuring that science can proceed unencumbered by most other obstacles.

The Promotion of Scientific Innovation

Science policy is not only about generating new discoveries, but also about making those discoveries accessible to the public as Dr. McMurry-Heath stated. Drugs and medicines do little good to the general population if they’re unreasonably priced, and without a base level of scientific literacy, the layperson wouldn’t know which technology they can trust anyway.

Much of science policy works to keep drug prices affordable, to prevent fraud in research, and to drive collaboration to accelerate the pace of progress. In order to fill the pipeline with new scientists, science policy also aims to promote STEM and STEAM (because often we forget about the arts!) education to build the next generation of great minds. Even if they don’t become scientists, a well-rounded education helps build a well-informed population that won’t be as prone to misinformation.

Acting on the Facts

As you ponder your vote, there are many things that you can do to contribute to good science policy. If you have not chosen a career path yet, you can branch out beyond the lab and work to improve funding mechanisms for research, facilitate patents, or work in public policy to directly guide our leaders to make informed decisions. If you ultimately choose to run for office yourself, be aware of partisan pressures and try to maintain objectivity in your support for policies. 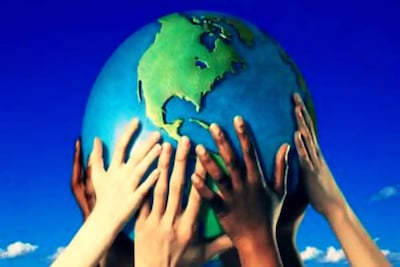 When you do vote, it would be wise to consider the candidate’s track record on how they perceive facts, their support of STEM and STEAM education, and their stances on environmental issues such as global climate change and protecting biodiversity. It may not seem like it, but most of the population has great faith in and support scientific expertise, including the knowledge shared by you and your colleagues as you work towards the doctorate or that next grant.

The future lies with all of us, in how we conduct our research, how we support that research, and how we vote to ensure that science policy is carried out optimally. Together, we have a great opportunity to enact everlasting benefit to Americans and the rest of the world.