Why Accessibility and Collaboration are Critical to Good Science

Like most PhD students, I had to generate publications in order to earn my doctorate, and my mentor had to use those publications to support his grant applications. The ability to churn out publications in volume is critical to sustaining academic research, and the labs with the best reputations are the ones who regularly crank out quality articles that land in top-tier journals. However, does science have to be driven this way? Are we overlooking some great scientists or discoveries because they were unable to find the opportunities for funding and exposure, and thus dropped academia in search of another career? We should explore improving accessibility to funding and publication in research so that everyone has the chance to share their ideas.

It’s no secret that due to policy changes and other factors, funding opportunities have gradually decreased over the years even as applications have increased. Fighting for a piece of the pie is inherent in every industry and sector, even academic research. As you may guess, it is often easier to secure funding when you are an established researcher and affiliated with a top institution. Since funding is the lifeblood that drives research and innovation, it is no wonder that top tier journals like Cell, Science, and Nature often publish articles from the usual suspects from a fraction of the institutions out there. It probably doesn’t help when a fledgling research group must struggle to survive until it can get additional funding, as even when huge amounts of money are available, it often takes a while for it to be disbursed.

As I noted at the start of this post, it seems like all these factors will bottleneck “good science” into an elite group, and that suggests an unfair bias even before we consider inequalities due to gender and race. Perhaps that is an inherent bias from the pool of reviewers for grant applications and journal submissions, and this is an obstacle to accessibility that needs to be addressed. As a point of argument, does it really matter if you can get your research into the big journals, as long as it advances the field?

95% of the PI you know did not get a Cell, Science or Nature Paper as a PhD student.

Eyes On the Prize?

Aside from the noble aspirations to promote scientific knowledge and improve the human condition, many scientists hope to be recognized for their work, often through physical awards (hello Nobel Prize!) or prestige. I benefited directly from funding mechanisms to support my graduate work, and of course, prizes benefit scientists by boosting their careers and recognizing important discoveries. Prizes can also drive international attention and awareness of the critical need for science in everyday life.

However, as this article from the American Physical Society suggests, prizes are not always a good thing, and not just in the field of physics:

While there are more prizes than ever, many go to a relatively small group of serial prizewinners. And while science is increasingly done by large collaborations, many big-name prizes continue to reward individuals, potentially perpetuating the widespread view that science is advanced by lone geniuses rather than by collaborations.

This is again an extension of the bias for established big names from premier universities who can get the funding and the exposure due to an incumbency advantage. You can therefore see how hard it is for a new researcher, no matter how brilliant their ideas are, to set up a foothold in the field and sustain their momentum. And because of how prizes, including the Nobel Prize, are awarded by select committees (after all, criteria for who is “competent and qualified” might vary, especially if said committee is not exactly from diverse backgrounds) it might actually depend on who that committee knows as well as their advantages in prestige.

Because of the need for recognition, and the desire to be “first” with any breakthrough to secure the highest tier journal to publish the findings, many researchers are also fearful of being scooped. This may prevent open collaboration, healthy discussions in seminars or conferences, and potentially open animosity between research groups. This is the antithesis of good science, which thrives on the bringing together of many ideas to serve the common good. An example of open collaboration leading to the acceleration of scientific discovery is in the sharing of large datasets, which provide valuable resources from which new avenues of research can grow.

Diversity, or lack thereof, is an evident issue in the STEM fields. Without looking it up, can you tell me which of the over 900 humans awarded the Nobel Prize over the past century were women? 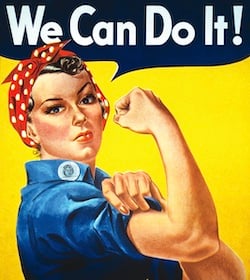 The answer appears to be 58 as of 2021, with most of them in the non-science categories. Although the gender gap has shrunk over the years, there is obviously going to be a lot of catching up to do in the time since women had to fight misogyny and lack of opportunity to earn what they have now, which still isn’t nearly enough. Furthermore, the number of science Nobel laureates that are people of color are alarmingly small, and the number of non-Asian people of color who have been awarded is a tiny fraction of that.

The inequalities in funding are not immune to the decades of bias and racism that have effectively shut out most minority researchers. Without backing from their superiors and peers, many minority scientists may elect to leave academia in search for another career, sometimes even out of science, and that further entrenches the bias against those demographics in STEM fields. An auxiliary effect of this bias is against research involving underserved communities, which contributes to health disparities and further widens the gulf of knowledge to determine why those groups are more susceptible to certain diseases than Caucasians.

Nobel laureate Randy Schekman gave the keynote address at the 2022 UC Berkeley commencement ceremony. In addition to being incredibly brilliant and a wonderful teacher, Schekman is also an advocate for science reform and open access to scientific literature:

In 2013, Schekman’s lab declared it would no longer send scientific papers to prestigious publications such as Nature, Cell and Science. The move was an attempt to “break the tyranny of luxury journals” that can distort the scientific process, he said.

This is an extreme approach to the accessibility problem, and of course there is still great research being published in those top journals, but Schekman does believe that there is a better way to communicate science that is available to everyone. His funding body, the Howard Hughes Medical Institute, has also recently declared that it will fund “happy labs” to try to foster a more diverse workforce:

HHMI announced it will award $8.6 million over the next decade to each of 150 life scientists in tenure-track positions. The unprecedented amount of funding for early-career researchers is expected to draw thousands of applicants. Winners, who will also become HHMI employees, do not themselves need to be from a group underrepresented in science. (In fact, federal law prohibits the use of race or gender as a criterion for hiring.) But a commitment to a diverse, equitable, and inclusive (DEI) work environment is essential.

The program seems to target younger, early-career scientists, who would be more apt to commit to increase diversity in the biological sciences. They will, of course, need to show scientific potential, but the mentorship aspect is also key to cultivating a new generation of capable scientists from all walks of life. Institutions like Harvard University and the National Institutes of Health are also pushing diversity initiatives. Leading journals, including Cell, have started to highlight methods that should be adopted to produce more minority professionals in the sciences.

Plenty of work remains to be done to achieve the level of accessibility we are looking for, but with more allies (who may be happy to set up collaborations to increase exposure for their lesser known but still highly qualified colleagues) and awareness, the road to progress will run ever smoother.

The evolving attitudes and fledgling programs to increase scientific opportunity are all exciting developments. After all, everyone has great potential—all they need is the opportunity to show it! I have been fortunate to work with fellow students and researchers from diverse backgrounds, and am immensely proud of their achievements as many of them soldier on in academia and industry. I believe diversity improves our outlook on science and how it can help all communities. So, let’s keep working to find ways to give everyone access to STEM careers, and the chance to show what they can do, to the benefit of all humanity.

How to Become a Great Scientific Mentor