When I began my science journey as an undergrad, research seemed rigorous, but reassuringly straightforward in its tenets. Observe, question, hypothesize. Predict, test, analyze. And repeat. It made perfect sense to me that if you followed this protocol and remained unbiased in the process, great discoveries were sure to come.

But then I learned about the other steps in between. Steps like grant-writing, worrying about publishing and impact factors, getting your mentor to actually respond, and struggling to troubleshoot experiments. Twitter’s PhD community seems to relate.

These tweets are fun, but the struggles of research can really manifest into doubts and insecurities towards your own ability and intelligence. Research students often confess feelings of not belonging or being “good” enough for research. When these feelings creep up, remember to share your story, trust the camaraderie of the scientific community, and recognize that good research and its discoveries are not just products of pure luck and talent. Even the best scientists have had those long, exhausting, and seemingly fruitless days. Understanding these struggles can help to create a more positive research environment.

In a study published in the Journal of Educational Psychology, researchers found that reading stories about scientists’ struggles, either in personal life or in academics, improved motivation, science career outlook, and grade performance in 9th and 10th grade students. Compared to students who only read about scientific successes, students who read about challenges displayed more positive attitudes towards effort and felt less helplessness in regard to failure.

For a bit of motivation and inspiration, here are a few stories about some of our favorite life scientists. 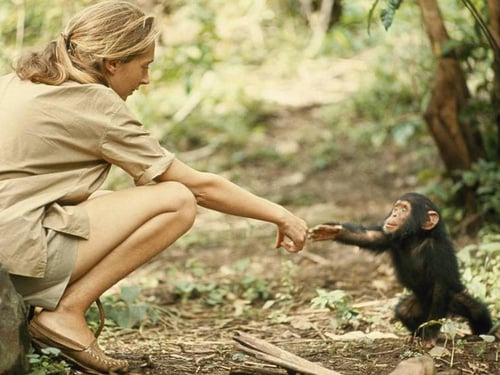 Jane Goodall, the world’s foremost expert on chimpanzees, is one of the first scientists I learned about. I still remember reading her autobiography, My Life with Chimpanzees, in the fourth grade and being thrilled by her accounts of life in Africa’s jungles. Goodall pioneered the field of primatology and greatly affected the way ethological studies are conducted. However, these accomplishments certainly did not come without its challenges.

For instance, getting funding is almost always a pain and Goodall was not exempt from this struggle. When she was 18, Goodall stopped schooling and worked three jobs –as a secretary, assistant film editor, and as a waitress – just to pay for her first trip to Africa. At the age of 23, Goodall finally made it to Mombasa, Africa. Once there, she contacted the anthropologist Louis Leakey. Since she did not have a bachelor’s degree, Goodall worked as Leakey’s secretary and spent years observing chimpanzees in the field before pursuing her PhD. So, if you did not major in your current field or feel that you don’t know as much as your colleagues, don’t worry. It will come with time and effort.

Researchers spend a great deal of time thinking about novel experiments and untapped research questions. There is, perhaps, nothing more disappointing than finding that your idea has already been tested and published. Now imagine if you discovered the shape of DNA, but didn’t receive any of the credit.

Rosalind Franklin was an English chemist and X-ray crystallographer who played a critical role in the discovery of DNA’s double helix structure. Even though James Watson and Francis Crick is credited most heavily for solving DNA’s molecular structure, Franklin was the first to obtain high-resolution photos of DNA’s ladder-like structure. However, before she could pursue her research further, Franklin’s colleague, Maurice Wilkens, revealed her unpublished findings to Watson and Crick and the three men were later awarded the Nobel Prize in Medicine and Physiology for the discovery of the DNA structure. Just four years later, Franklin passed away from ovarian cancer at the age of 37, possibly due to her work with X-rays.

Tu Youyou is known for her Nobel-winning discovery of artemisinin which has been used to save millions of lives in Africa and Asia. The pressure to produce interesting or novel results is always daunting and Tu was no exception. In 1969, Tu Youyou, then a young scientist, received the mission to develop an anti-malaria drug as part of a secret military mission called Project 523. In the midst of China’s cultural revolution, Tu was sent to Hainan, a tropical island in southern China, where malaria was rampant. Under pressure to develop a cure, Tu sacrificed her entire social life to live in in the rainforests of Hainan where she also witnessed the death of many children suffering from late stage malaria.

Meanwhile, I once spent four months living in a research station in rural south China. I remember feeling an immense pressure to produce valuable data, but with almost no guidance, I was incredibly stressed. To add to it, I was living with few luxuries for the first time in my life. I had no running water, flushing toilets, or air conditioning (south China is HOT and HUMID). I can only imagine the anxiety Tu faced.

Our list would be incomplete without mentioning Georges Kohler who, along with Cesar Milstein, invented the hybridoma technique for monoclonal antibody production, which has since been used extensively in diagnosis and treatment of disease. Kohler and Milstein won the Nobel Prize in Medicine and Physiology in 1984 for developing this technology, but academia was not always Kohler’s strong suit.

According to his high school reports, Kohler had mediocre grades and exhibited almost no interest in his courses, except for sports. Even as a doctoral student, Kohler’s supervisor, Fritz Melchers felt that Kohler did not spend enough time working in lab. Melchers deemed Kohler as lazy and unambitious, which led to a tense mentor-mentee relationship. Judging from all the times my colleagues and I complained about our supervisors, I think it goes without saying that we can all relate to Kohler.

Even the most successful scientists face challenges like funding problems, feelings of inadequacy, and bad advisors. If you relate to these problems, take comfort in the fact that science is a struggle, and it's okay! 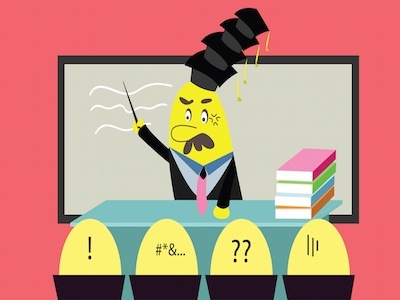