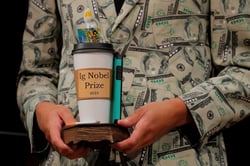 That time of year that we've all been anticipating is here! That's right, the 32nd First Annual Ig Nobel Prize ceremony took place on the evening of Thursday, September 15, and the 2022 winners took their bows and hammed it up in one of the most favorite of scientific gatherings. Alas, the ceremony was online-only due to the COVID-19 pandemic, but that did not take away from the fun and love of science that is expected from this festival of glee that features actual Nobel Prize winners! Without further ado, please read on for the many great, uh, achievements by this year's newest additions to the Ig Nobel ranks.

The Royalty in Attendance

As promised, a gaggle (a term usually reserved for geese, Canadian or otherwise) of Nobel Prize winners attended the ceremony. This year's gaggle was rather diverse, with three laureates hailing from the field of chemistry, two physicists, two economists, and one winner in the Physiology or Medicine category. This gaggle of eight also included three women, which is a testament to the improved accessibility to science and recognition of the contributions of our female colleagues. The gaggle was advertised to be "genuinely bemused," even on Zoom, but I could tell that they were actually amused and certainly enjoyed themselves. This, of course, is a great example of how one should never take themselves too seriously, even if they are among the elite thinkers in human history!

Each winner this year gets an Ig Nobel prize, and a piece of paper telling them they won an Ig Nobel prize! The prize this year was allegedly a PDF that could be printed out to form a container to "keep all your good ideas." They also got a ten trillion (Zimbabwe) dollar cash reward! I really liked how they edited the various Zoom windows together to make it seem like the Nobel laureates were passing off the Ig Nobel paper container to the new Ig Nobel winners. The award-winning discoveries are as silly as you might think, but also have some societal purpose, like the literature prize below suggesting that maybe lawyers should write so people can actually understand them (but then again, maybe they deliberately do this so it's harder to understand the law and they keep their jobs?). You can check out the list of winners here once the webmasters put them up and also below.

APPLIED CARDIOLOGY PRIZE - Oooh, this is fun! The winners presented evidence that when new romantic partners meet for the first time and are attracted to each other, their heart rates synchronize! This wasn't even a throwaway study either, they had a really well thought-out setup and data and everything!

LITERATURE PRIZE - Analyzing what makes legal documents unnecessarily difficult to understand, the winners seemed to suggest that it was more a function of poor writing than anything else! Which just goes to show you, just because someone uses really big words doesn't mean they're smarter than you.

BIOLOGY PRIZE - I didn't even know that scorpions could get constipated, but apparently they do, and it affects their locomotor skills! It seems that if the scorpion loses the tip of their tail while escaping predators, which contains their anus, the animal stays alive but becomes constipated for life. Incredibly, a constipated tail-less male can still attract females, although having that much backup can cause a few extra problems.

MEDICINE PRIZE - I knew ice cream was important! The winners discovered that using ice cream as a replacement of one of the components of otherwise toxic chemotherapy had better effects for their patients than ice cubes prior to bone marrow transplants. I don't have cancer (at least I don't think so) and I don't think I can use this as an excuse to eat more ice cream. Very nice of their area stores to donate all the ice cream for this study. This is real medicine!

ENGINEERING PRIZE - How do you turn a knob? Now backed with empirical evidence, there is an optimal method to turn that knob! Using statistics, depending on the diameter of the knob, the most efficient way to align your thumb and fingers, and the number of fingers to use, will change to maximize, uh, turnability. Perhaps after reading this article, I will develop better finger dexterity...

ART HISTORY PRIZE - Nobody ever thinks about ritual enema scenes on ancient Maya pottery, except for this year's winners! A certainly boundary-breaking discovery, the two winners deserve their ten trillion dollar bill. I guess it took quite a few years before the authors noticed that there was a special device that the Maya person on a vase used to control their intoxicating enema. This is a shining example of too much information, but also information that was important enough to publish and obviously to win an Ig Nobel prize!

PHYSICS PRIZE - Ducklings swimming in formation has been a trope in cartoons for time immemorial, but now we know why thanks to these winners! It seems to have something to do with conserving energy by taking advantage of the wake being formed by the previous duckling in the line plus the mama duck, and there were actual measurements of the ducklings' metabolism being collected to form the publication! I think I even saw a wave function diagram that tried to model the duckling formation. I really liked the idea of applying this to maritime and naval uses to make boats more efficient in energy conservation and war exercises.

PEACE PRIZE - Everyone gossips, and now we have rules to live by when delivering honest versus dishonest gossip! I'm impressed that the group was able to use math to predict whether the gossip is believable or otherwise.

ECONOMICS PRIZE - Sometimes it seems like the most successful people are just lucky. This year's winners have now quantitatively explained with a mathematical model that success is more a function of luck than talent, which, if I'm being honest, is kind of logical, albeit disappointing. Obviously some talent is important, because luck alone is not enough, but it makes sense that bad luck can really derail success. Two of the three winners have actually won a previous Ig Nobel, so maybe they get a snazzy jacket? 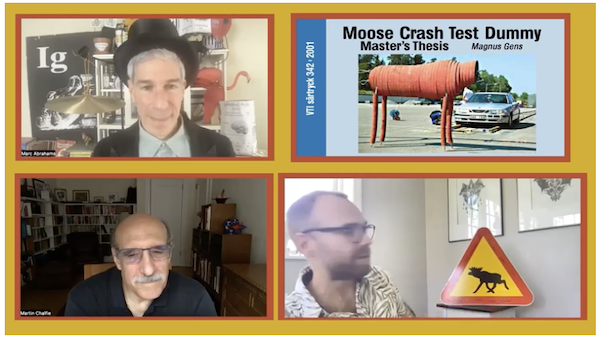 SAFETY ENGINEERING PRIZE - Why does one need a moose crash test dummy? Even if a driver were to try to avoid or pass the moose, the moose can be quite fast, so the alternative solution is to steer the car into the rear end of the moose. This will still cause quite a bit of damage to the automobile because moose are large. Ergo, a moose crash test dummy, which I learned today has practicality.

You can watch the winners give free, public lectures online in the coming months on their Ig Nobel award-winning research!

The Pomp and Circumstance

This ceremony was the first I had actually seen, online or otherwise, and I was pretty impressed in the production value and how much humor the presenters and "winners" had. I should have folded up a paper airplane for the opening portion, but now that I know what's going on, I will most certainly have one ready next year, hopefully in person (there were multiple paper airplane launch segments, called a "Paper Airplane Deluge," but I was at home and the wife probably would have looked at me weirder than usual), but I'll have to look up whether they will provide the paper or if I should get some recycled flyers and bring them with me. The opera singers even made me look up what epistemology was. Everything was as goofy and entertaining as advertised. And the Ig Nobel prizes will be awarded a special award for outstanding science communication this November! Because this award ceremony has no actual funding, it would be cool if you could spare some cash to help them keep this fantastic quirk of the science community alive!

Congratulations to everyone who got an Ig Nobel this year, and I'm excited to see what the next ceremony brings! 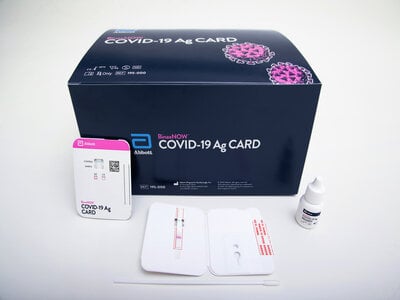