The Final Frontier: Science Breakthrough of the Year 2022 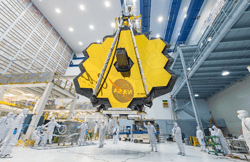 Every December, Science Magazine awards a scientific breakthrough of the year. When you take a look at the previous winning breakthroughs, they come from all different fields and many have been eventually awarded with Nobel Prizes. The breakthrough from last year, for example, is particularly important for structural biologists who hope to translate their findings into practical applications for other biologists and drug researchers. Since a breakthrough suggests a more recent discovery, it is no surprise that the Science Breakthrough of 2022 is the NASA JWST that has brought us myriad breath-taking images over the past year since its launch.

#ICYMI: After 20 years, $10 billion dollars, and a perilous journey into space, the #JWST space telescope finally opened its golden, infrared eye—with a vast promise to explore the universe.

The Journey From Design to Space

Ancient explorers looked at the stars with their naked eyes, while the earliest astronomers used beautifully crafted telescopes (check them out at museums including the Adler Planetarium in Chicago!) to magnify the cosmos through the Earth's atmosphere, which leads to the twinkling phenomenon. The new JWST has been in the works since even before the Hubble telescope was launched, and conceived to provide infrared data due to the expansion of the universe stretching light as it traveled to Earth from the earliest and farthest stars. The telescope project went through many iterations of design and fundraising and even threats of cancelation before it was finally launched in late 2021, coincidentally and happily on Christmas morning.

With hundreds of steps needed to ensure the telescope launched, travel a million miles to its desired position past the Earth, unfolded, and was able to acquire and transmit data properly, JWST overcame any fears of failure and began transmitting images in July of 2022, leading to much cheer and thousands of papers as astronomers reconsidered their theories on the origins and development of the universe. The image also includes these images of the Cosmic Cliffs in much greater detail than previously possible.

No Limits to Discovery

Unencumbered for atmospheric distortion, JWST beams back astronomical (pun intended) amounts of data every day to the delight of thousands of astronomers worldwide. Each day is full of new surprises:

As one astronomer said: “Every day I open up arXiv and there are fireworks in there.”

The telescope's data includes not just star formations but also evidence of exoplanets around stars and their atmospheric gases as astronomers continue to search for signs of extraterrestrial life. With a working lifespan of decades, and new advancements back on Earth, there are no perceivable limits to what science will learn from JWST.

Other Fun Science From 2022

Although these other accomplishments didn't "win" the coveted Science Breakthrough of the Year, they are no less important to the advancement of human knowledge and quality of life. In the same article, Science Magazine noted several achievements that can alleviate global famine, improve health, and save our environment. For example, Chinese researchers were able to breed a new strain of rice that is more hardy and renewable and can improve yield and quality while reducing labor. Although much needs to be learned to uncover the impacts of this new rice, it does give us hope that humans all over the world can be adequately fed and provided for, since rice seems to be one factor for how this relatively small area of the planet sustains so much of the world's population.

Other breakthroughs listed include the use of artificial intelligence to create art, historical and prehistorical insights into genetics and ecology, and more impactful vaccines against infectious diseases. Similarly to how the Oscars can't include every famous dead person in their award ceremony's in memoriam montage past a certain cutoff, I guess the huge fusion energy breakthrough didn't make it into this printing of Science Magazine, but it does give us hope for a brighter future with cleaner, more sustainable energy. As with JWST, there are no more limits to human ingenuity and the benefits of science, so let's keep on working!

Lab Organization: Why You Should 5S Your Laboratory 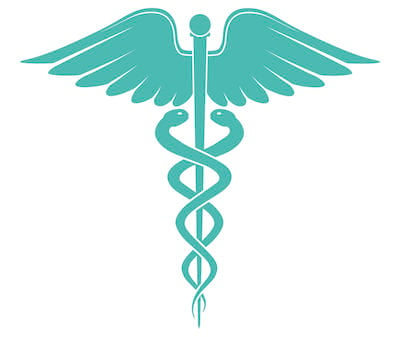 Protecting Yourself from Preventable Diseases