The Symphony of Life - Turning Genetic Coding into Music

Humans have been into music ever since the first group of cavemen started banging sticks on rocks and stone walls, so I guess you could say we got music engraved in our genes. However, as researchers would find out later, there could be some hint of truth to that statement. Thanks to advances in the way we read genetic coding, your DNA can be converted into listenable frequencies.

As advanced as this technology may sound at first, the actual process of translating DNA code into listenable frequencies has been around since the 1970s. In the beginning, geneticists would assign musical pitches to different genes to save time when reading and comparing long strands of DNA. Geneticists would also use this process as a way of detecting mutations by analyzing extreme shifts in the rhythmic tone of the gene sequence. Below you can hear the difference for yourself of how mutations can ruin the entire melody of a sequence:

At 0.13 you should start hearing a shift in tone due to the mutation

“Is our biology harmonically ordered in any way? If we could hear the body, delve into its rhythms and frequencies, what might it sound like?”

Intrigued by that statement, David began a collaborative project with Susan that would turn the arbitrary pitches, like the example above, into vibrational frequencies that can be used as a basis for musical composition. 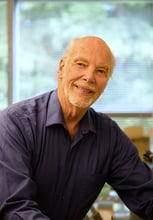 David started this project by analyzing and collecting the frequencies of our DNA bases using a spectrophotometer, an instrument that measures the intensity of light by analyzing its wavelength. However, to turn the base into something listenable through the spectrophotometer, David had to first pass infrared light through the DNA base so that the instrument could detect the light and plot the DNA base as a spectrum with a wavenumber (waves per centimeter). Afterward, this wavenumber was converted into hertz (Hz) to reach frequencies that we can detect, and after translating these patterns of light into a sound medium, programmed these numbers into a Yamaha DX7-IID synthesizer for it to be listenable. The result was microtonal sounds that were smaller than a half-tone of a piano but was enough to inspire future researchers to create DNA symphonies of their own.

Hear the Song Inside Of You

If any of this piqued your interest, you would be happy to know that you too can have the chance to listen to your DNA without needing to have a specialization in genetics. Founded by composer Stuart Mitchell, the company Your DNA Song Ltd became the first in the world to make this fascinating process available to the masses. For the right price, you can even have your translated DNA set to the rhythm of your favorite genre of music, turning the music inside of you into something that sounds like it came straight from the radio. Check out this album they created showcasing the music from some of their client’s DNA. Who knew you could sound this good?

If your music taste is more classically inclined, the video below of Stuart Mitchell performing the translated DNA of Ludwig Van Beethoven should show you the level of artistic potential that this process can have:

At the moment, interest in this process has been somewhat dwindling, but we hope that this blog teaches you more about the fascinating connection that music and rhythm have in the world of biology. 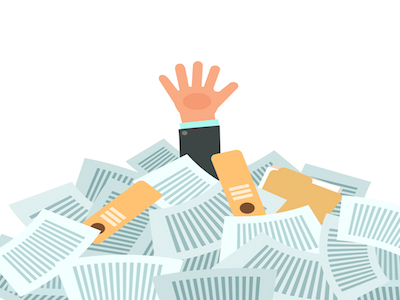 How to Create the Perfect Elevator Pitch