Every year, scientists make fascinating breakthroughs which broaden, yet challenge, our understanding of life and the world around us. Just as we start to understand a biological process, like how heredity or aging works, a new discovery can flip it on its head or open a whole new avenue for research. As 2018 comes to an end, it’s the time for roundups of top products, gifts, movies, tech, etc. We decided to put our own spin on it with the top life science discoveries of the year.

These 2018 breakthroughs changed our fundamental understandings of biology, pushed scientific (and perhaps ethical) boundaries, and took us to new heights in terms of disease treatment. While there’s no scientific method to measure the impact of a discovery, these seven certainly generated buzz in 2018. How many of them do you already know? 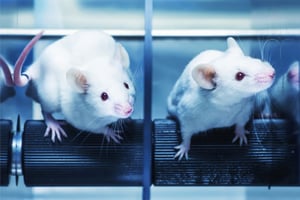 Just as 2018 began, researchers published a preliminary study in which they accelerated aging young mice with VCAM1, a protein produced in the brain and blood barrier. Blood from the brains of older mice, was injected into young mice and induced signs of brain deterioration, such as inflammation and decreased production of new nerve cells. Additionally, the young mice began to produce higher levels of VCAM1.

The scientists took the study a step further and demonstrated that plasma from old mice did not affect young mice that were genetically engineered to lack VCAM1 or in those treated with antibodies that blocked VCAM1 activity. If these findings hold up, interference with VCAM1 or its assembly may help prevent aging in brains.

In October, scientists successfully used genetic editing and stem cells to produce bipaternal pups for the first time. Published in Cell Stem Cell, the study investigated imprinting regions, which is a phenomena that exists In placental mammals. Unlike some reptilians and fish, mammals with placentas are unable to have same-sex offspring in nature.

Due to imprinting, different genes in the mother and father are turned “on” or “off.” In this study, researchers were able to better understand which imprinting regions could be edited to mitigate the problems that prevent same-sex offspring. Using CRISPR, the researchers deleted different combinations of these imprinting regions and found that seven were required for the bipaternal pups. The study was also successfully conducted to produce bimaternal mice which lived and grew normally, after deletions of three imprinting regions. Although the bipaternal mice died shortly after birth, the study advanced our understanding of how same-sex mammals may be able to produce offspring. 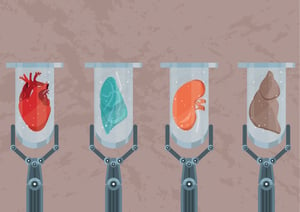 In August, researchers described the first successful transplant of lab grown lungs into pigs in Science Translational Medicine. The scientists engineered lungs by using vessel and tissue cells from the pigs designated to receive them, and repopulated the tissue onto lung scaffolding taken from a donor pig. In the future, the researchers anticipate using donated organs or 3D printed scaffolding for humans. After growing the engineered lungs for 30 days, the researchers replaced the left lungs of pigs with the engineered versions.

In previous attempts in rodents, transplants lungs often failed within hours. However, these pigs survived from 10 hours to up to two months. None of the organs were rejected and autopsies showed that they integrated well into each individual’s circulatory system. This major advancement in bio-engineered organs has the potential to reduce the risk of organ rejection and significantly accelerate wait times for transplants in humans. 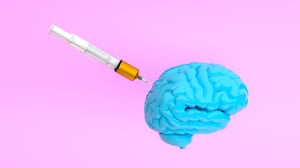 One of the greatest biology questions that have remained to be fully answered is how memories are stored and recalled. In May, the members of the Glanzman lab from UCLA published a paper in eNeuro, detailing how they transferred memories in marine snails by RNA injections. By delivering mild electrical shocks, the scientists trained snails to withdraw their sensitive siphons and gills for nearly a minute. RNA extracted from these snails’ nervous systems were injected into snails that had never been shocked. Without previous training, the treated snails also withdrew their siphons and gills in the same way to weak shocks.The study suggests that memories can be stored within the nucleus of neurons (where RNA is made), an idea that widely challenges the longer held convention that memories are stored by increased activity in the synapses between neurons. 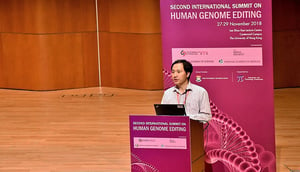 In late November, scientist Jiankui He announced the arrival of the world’s first genetically  edited human babies. In an interview with the Associated Press, he revealed that twin girls, genetically modified to reduce risk of contracting HIV, had been born. He had used CRISPR/Cas9 to disable the CCR5 gene which produces the protein that allows HIV to enter cells. in the fertilized eggs.

The news sent the research community into a bit of shock, raising questions about the ethical nature of the procedure. Although a big focus in today’s research focuses on gene editing to treat disease, many agree that the technology is not advanced enough and that we are not ready for gene-edited humans. 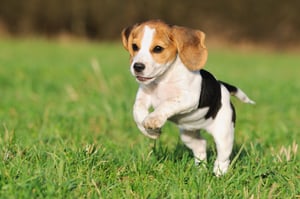 In contrast to gene-edited babies, the public was a lot more welcoming to a study in which scientists used CRISPR to treat Duchenne muscular dystrophy in 1-month old beagle puppies. Although this disease is rare, it is progressive and deadly, and people with it typically die in their 20s . Duchenne muscular dystrophy is caused by mutations in the gene encoding a protein called dystrophin. In this study, published in Science,  scientists engineered viruses with the genetic machinery to fix mutated dystrophin genes, which were then injected into the puppies. After eight weeks, dystrophin levels in the beagles increased and muscle histology also improved.

7. Mitochondrial DNA Inherited from Fathers Too

We end our 2018 list with a pretty big plot twist, challenging our long held belief that mitochondrial DNA comes only from our mothers. In a recent study in PNAS, researchers identified 17 individuals who inherited mitochondrial DNA (mtDNA) from both parents. The discovery was first made by Taosheng Huang, a medical geneticist when he sequenced the mtDNA of a four-year old with a mitochondrial disease. After confirming the results with a second blood sample, Huang confirmed that the child did indeed have two populations of mitochondrial genomes. After identifying 17 individuals and sequencing the mtDNA of their family members, the study provided convincing evidence that biparental mtDNA can be passed in an autosomal dominant-like inheritance mode. 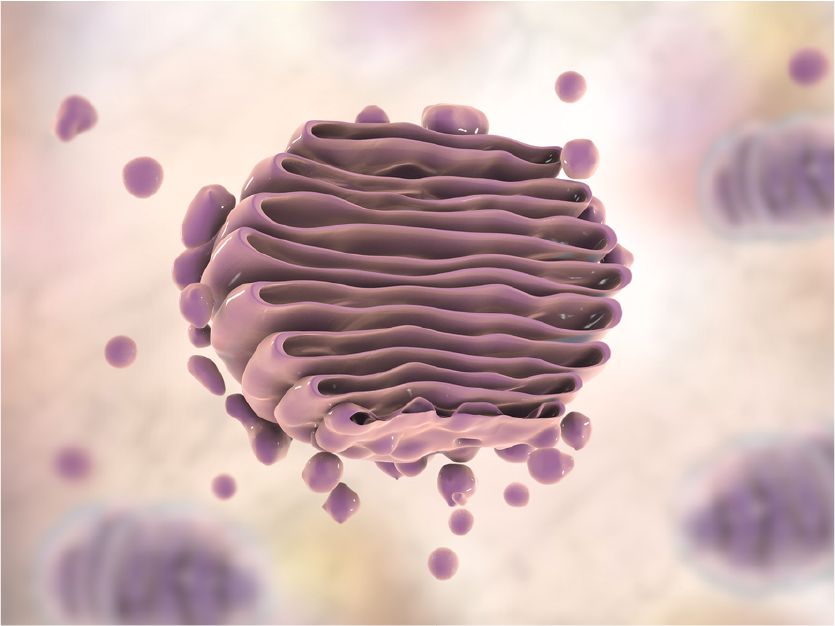 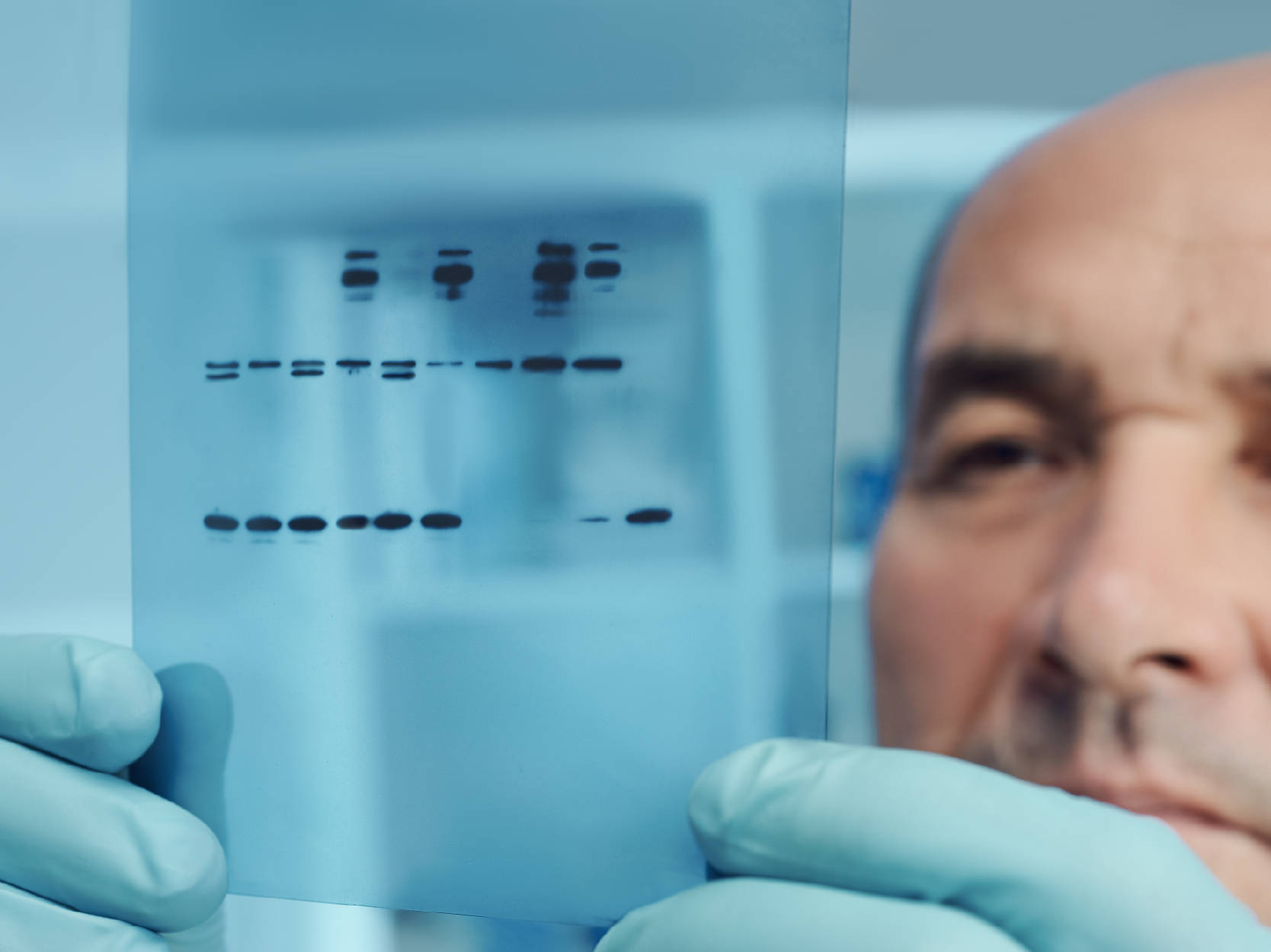