In a press release on August 26th, 2020, Abbott Laboratories announced that they were issued an emergency use authorization (EUA) by the FDA for their new, rapid point-of-care COVID-19 antigen test. Branded as the “BinaxNOW COVID-19 Ag Card”, the test is unique compared to the more prevalent molecular-based detection tests for COVID-19 in that it utilizes a lateral flow assay, similar to traditional over-the-counter pregnancy tests. Contained in a portable, credit-card sized device, Abbott claims that the test can deliver results in as little as 15 minutes, representing a significant reduction in time compared to RT-PCR-based tests that have turnaround times on a scale of hours rather than minutes.

In addition to increased testing efficiency, BinaxNOW also simplifies the diagnostic process, requiring only a nasal swab and several drops of solvent that are included within the kit. As a whole, the BinaxNOW device allows for rapid qualitative detection without the need for specialized laboratory equipment or instrumentation. Abbott plans to sell the kit for $5, which establishes it as being both a faster and cheaper testing solution than anything currently available on the market. 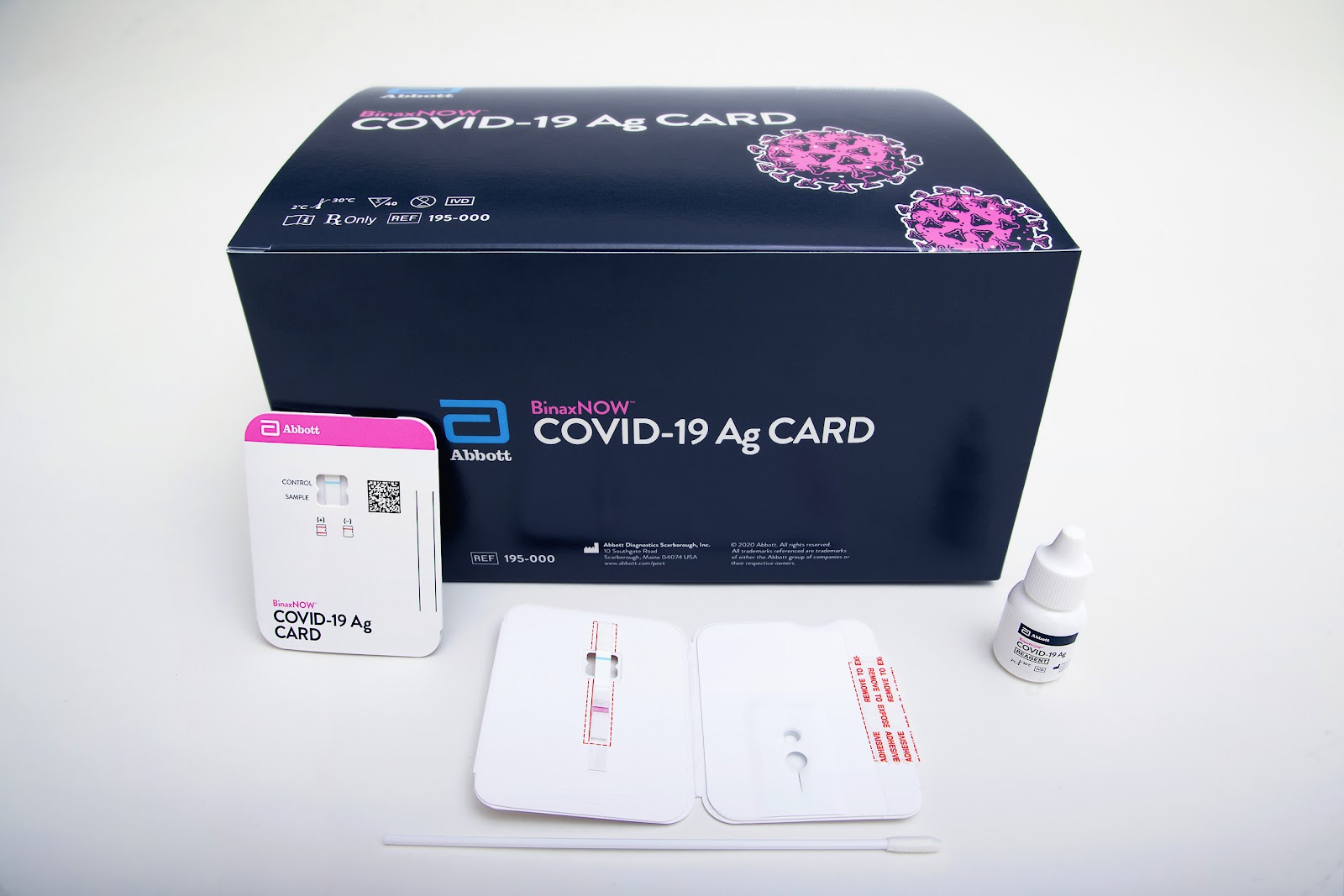 Facilitation of Large-Scale Testing for COVID-19

Perhaps the most crucial aspect of Abbott’s rapid test kit is its potential for facilitating mass testing by governments, companies, and universities. Many in the US are currently returning to in-person work in various limited capacities, and others are returning to re-opened schools and universities with strict social-distancing measures in place. For almost all of these plans to return, regular and periodic testing for COVID-19 is of essential importance for the safety of the individual and their surrounding community.

According to their August press release, Abbott plans to scale its production up to 50 million tests a month by the beginning of October. Just one day after their press release, the U.S. Department of Health & Human Services (HHS) announced that they had awarded a $760 million contract to Abbott for the delivery of 150 million BinaxNOW tests. HHS Secretary Alex Azar praised the importance of the kits towards the tracking of infections, commenting that, “By strategically distributing 150 million of these tests to where they’re needed most, we can track the virus like never before and protect millions of Americans at risk in especially vulnerable situations.” Later in the same press release, the HHS clarified the distribution of the tests, stating that, “[The kits] will be potentially deployed to schools and to assist with serving other special needs populations.”

With respect to the assay’s effectiveness, Abbot reports a sensitivity of 97.1% (correct detection of a positive result) and a specificity of 98.5% (correct detection of a negative result). These results, combined with the low costs associated with the kit’s use make it particularly useful for detection in symptomatic individuals with a higher true infection rate. This aligns with the restrictions outlined in the FDA’s emergency use authorization (EUA), which currently allow for its use in CLIA-certified patient care settings, at the point of care. Being a key player in the ongoing R&D arms race among pharma and biotech companies fighting against COVID-19, Abbott has six different tests currently distributed under EUA--it's likely that we’ll be seeing much more of Abbott in the months to come.

Intended to be paired with its BinaxNOW rapid COIVD-19 antigen test, Abbott has concurrently introduced a free app for Apple and Android devices dubbed NAVICA. Abbott’s Senior Vice President for Rapid Diagnostics, Chris Scoggins, compares the app to a digital boarding pass, describing that, “If you test negative, the app will display a temporary encrypted digital pass with a QR code...The pass will be renewed each time a person takes a new test and receives a negative test result”. Not only is this app valuable for individual notification, but it also allows larger organizations such as companies with employee screening initiatives to better manage periodic testing. 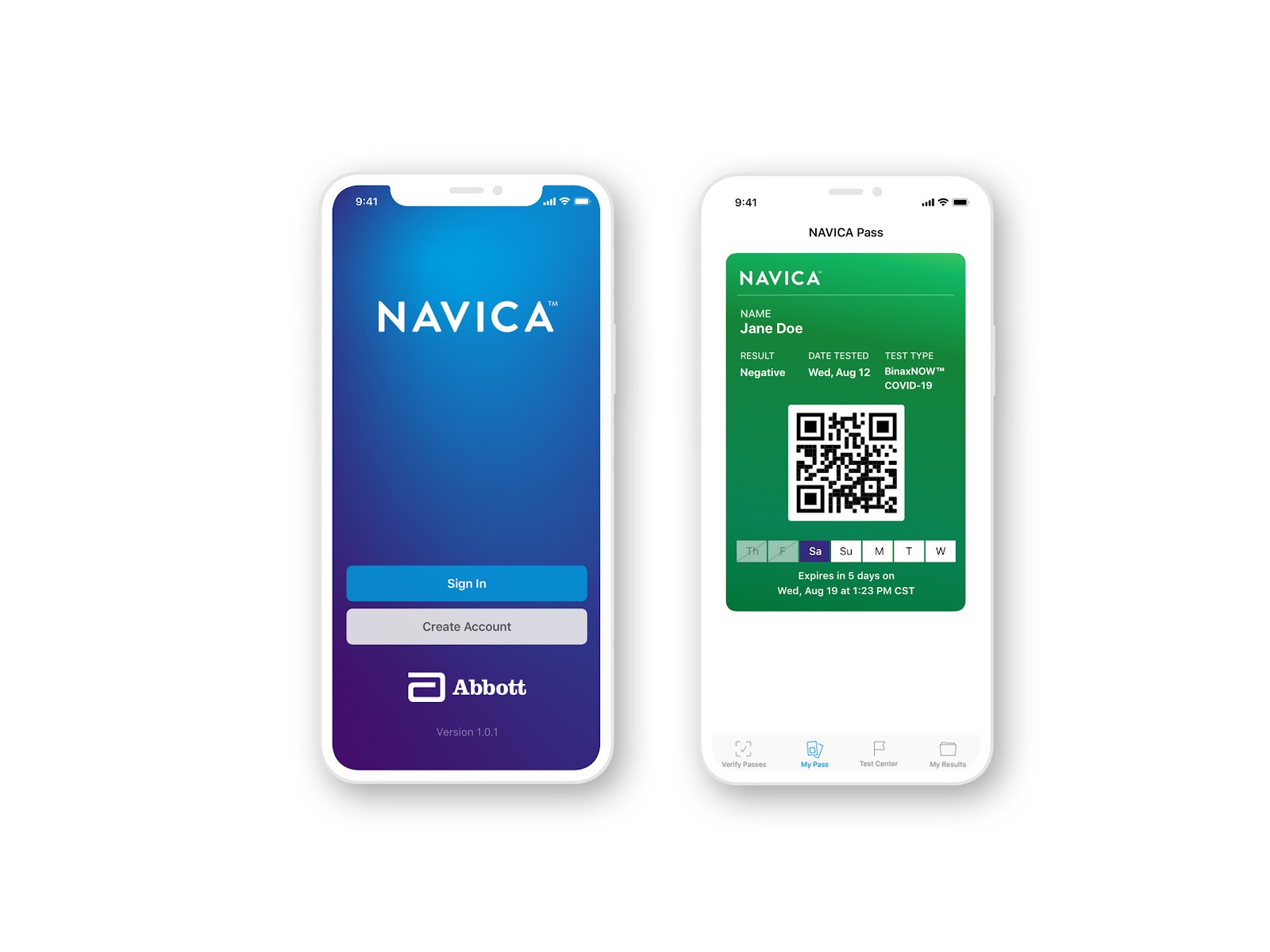 Accompanying its rapid test kit, the NAVICA app generates a QR-coded "boarding pass" for those who receive a negative test.

The accompanying app as an included feature of Abbott’s new rapid COVID-19 test provides a great example of the quick innovation that is taking place in the diagnostics industry in response to the global pandemic. This critical thinking on the part of Abbott will be crucial to delivering increased value and, above all, increasing the safety of the communities worldwide with accessible COVID-19 testing and notification management. 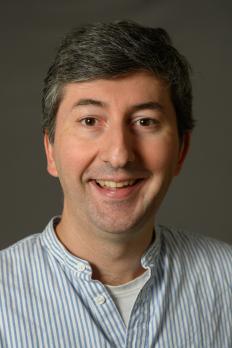 Why You Should 5S Your Lab