For the first installment of our ABclonal Webinar Series on August 26th, we had the privilege of inviting Dr. Yong Xu of the Baylor College of Medicine to share his research on neuroendocrine mechanisms for appetite regulation and their implications on conditions such as obesity. If you were unable to attend the live session or would like to re-watch to review some of Dr. Xu's key points, we've got you covered with a link to a recording of the webinar and Q&A here, as well as recap of his lecture below.

Dr. Xu's discussion focuses on two subpopulations of melanocortin neurons located in the hypothalamus: POMC neurons and AgRP neurons. Both types of neurons are important for the regulation of feeding and bodyweight balance. When an animal is well-fed and satiated, the firing rate of POMC neurons is increased, which releases a neuropeptide called aMSH. The release of aMSH then acts on downstream neurons that express the MC4 receptor, activating the receptor and generating a satiety signal (a "full" signal to terminate eating/food consumption).

When you are fasted (hungry), the firing rate of AgRP neurons increases, and the AgRP neuropeptides released act on the same MC4 receptor as POMC and aMSH, though in this case they inhibit the MC4 receptor. This leads to an appetite signal, or in other words a signal for hunger. In Dr. Xu's words, this "yin-yang" system between POMC and AgRP neurons functions in a mutual, push-pull manner to regulate body weight and appetite control.

Dr. Xu and his team's research focuses on the external (hormone) factors or intracellular signals that influence the firing activity of POMC and AgRP neurons. During the webinar, Dr. Xu divided his presentation into 3 separate research hypotheses, and for each he provided a background and overarching story of his lab's research on the topic. A summary of each story can be found below.

Dr. Xu's first research story was done and published in collaboration with Dr. Atul Chopra, who was a colleague also hailing from the Baylor College of Medicine. Prior to their collaboration, Dr. Chopra, who is a practicing physician-scientist, was tasked with investigating the clinical characteristics of two patients with neonatal progeroid syndrome (NPS). One of the major clinical manifestation of NPS is being significantly underweight. With his background in molecular genetics, Dr. Chopra and his lab extracted DNA and RNA from these NPS patients, and then performed exome sequencing to identify potential genetic mutations. The sequencing results, along with the published exome sequencing data of 5 other NPS patients from around the world, led Dr. Chopra to the discovery of a shared mutation in their genomes.

The shared mutation is located at the C-terminus of the FBN1 gene, and its cleavage would normally create, in part, a short terminal C-peptide that had yet to be well-investigated. The genetic mutation that Dr. Chopra discovered created deficits in producing this C-terminal peptide. He further discovered that this C-terminal peptide can reach circulation and function as a hormone, adding to its importance as a potential target for research. He named this hormone asprosin.

How does this relate to Dr. Xu's work on feeding behavior? Fasting increases levels of asprosin in circulation in rats, and therefore its function as a hunger signal was of significant interest to Dr. Xu. Through their collaboration, they first discovered that asprosin can be measured in cerebrospinal fluid, and can cross the blood-brain barrier. Patients who do not have asprosin in circulation manifest clinically with irregular eating patterns, and are often very thin. This supported their hypothesis that asprosin is a hunger signal that stimulates feeding behavior.

To further test this hypothesis, they subcutaneously injected asprosin into rats, discovering that it strongly stimulated feeding behavior over a 24-hour period as compared to negative controls. The next step was to understand the mechanism for this increased feeding behavior in relation to high asprosin levels. Using a electrophysiological screening approach, they discovered that asprosin reliably activates a large portion of AgRP neurons. In their experiment, asprosin was "puffed" onto the neurons, and they observed a significantly increased action potential, and subsequently increased firing activity of AgRP neurons. Stimulation of AgRP is known to stimulate feeding behavior, and therefore one of the mechanisms hypothesized is that asprosin stimulates feeding through the activation of AgRP. To test this, they used AgRP ablated rats (AgRP neurons removed), and discovered that asprosin was ineffective in the AgRP ablated mice. They then simulated NPS mice using CRISPR technology, and discovered that the NPS mice, with low levels of asprosin, were significantly leaner than the wild type, control mice. This accurately reflected the same condition as was seen in Dr. Chopra's two patients. The lack of asprosin in NPS patients leads to hypophagia, which can potentially be rescued by asprosin administration. Asprosin is elevated in obese humans and neutralizing asprosin may carry therapeutic potential as a treatment for obesity.

His second story investigates the role of SRC-1 in POMC neurons, and also discusses its relationship to the development of obesity. SRC-1, or steroid receptor coactivator-1, interacts with a nuclear receptor or transcription factor to form a complex that can recruit other coactivators, regulate epigenetic markers, and stabilize the transcription factor to the promoter region, ultimately influencing target gene expression.

In collaboration with Dr. Sadaf Farooqi of the University of Cambridge, who researched a cohort of severely obese children and found varied mutations in SRC-1 within those individuals, Dr. Xu hypothesized that some of these mutations may be a factor for developing obesity. To further research this hypothesis, they compared the activity of various transcription factors known to influence body weight, and their responses to SRC-1 variants in obese patients. Of the transcription factors examined, only pSTAT3 was unable to interact with multiple mutations of SRC-1 variants. In control, non-obese subjects, none of these same mutations affected interaction with pSTAT3.

Notably, upregulated POMC gene expression is associated with pSTAT3 activation and signaling. Therefore, in obese mutations of SRC-1 in which pSTAT3 interaction is reduced, POMC expression was also disrupted, impairing the signal for satiety and resulting in overeating/obesity. They verified this hypothesis using an SRC-1 knockout mouse model, in which the SRC-1-KO mouse demonstrated a significant body weight increase compared to the control. Overall, he summarized that SRC-1 in POMC neurons can prevent obesity through the inhibition of overeating, regulating the signal for satiety. Presumably through this impairment of the leptin-STAT3-POMC axis, mutated SRC-1 in humans can potentially be a contributing factor to obesity.

Their initial experiments sought to identify differentially expressed genes in male vs. female POMC neurons, and they eventually narrowed down their search to transcripts, TAp63 and delta-Np63. Both of these transcripts are promoter variants of the same gene that encode p63, a transcription factor. TAp63 is the transcriptional active variant, whereas delta-Np63 is the dominant negative variant and functions as an inhibitor. The expression of TAp63 was found to be upregulated in females as opposed to males, and could therefore serve to explain why POMC neurons have an increased firing activity in females. To test this potential relationship, they used POMC-TAp63 knockout mice and examined their body weights under a high fat diet (HFD) in males and females. In males, the body weight gain was regular in the control and the KO mice, steadily increasing in the high fat diet. In females, however, the TAp63-KO mice gained significantly more body weight than the control mice, more similar to the male mice.

In terms of metabolic phenotype, this indicated that the deletion of TAp63 affects the susceptibility to obesity in females, but not in males. The POMC-TAp63 knockout female mice had a "male-like" behavior with respect to body weight gain. This unique pattern influences the sexual differences, and the gene expression of POMC genes among others. Physiologically, females are more resistant to diet induced obesity as compared to males.

For further reading, check out these articles featured in the blog:

Dennis is an intern with the Marketing Department at ABclonal Technology. He is currently pursuing his bachelor’s degree in economics at Vanderbilt University, where he serves as the Secretary of the First Generation in Finance Club. During his free time, he loves keeping up with ‎Boston sports, hiking, and skiing. 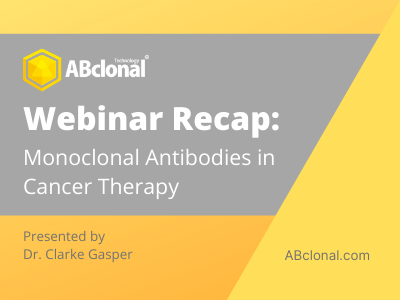