As human beings with trillions of cells, each of which has their associated millions of copies of myriad proteins and other biological molecules, it’s something of a miracle that enough of the molecules bump together at the right times to keep us alive and functional. In addition to our own cells, we also coexist with microscopic neighbors, including various beneficial bacteria, while fending off pathogens like disease-causing bacteria, viruses, protozoans, and fungi. We often consider the bacteria and viruses in most human diseases, which invoke our immune systems to fight them to keep us healthy, but it also makes sense that the fungi can affect us as well, a topic in cancer research that is gaining attention.

The usual strategy for combating a disease is for the body to trigger the immune system to attack the offending invader with the inflammatory response and subsequently more targeted responses. The problem arises when the inflammation leads to cellular damage that cannot be easily repaired (see our blog about pyroptosis), or when the immune system itself is otherwise manipulated to allow a disease such as cancer to persist. It is therefore logical that if someone is dealing with a persistent illness like cancer and then also must contend with microbes, this could potentially lead to immune-related complications and the interaction with the microbes and their assorted biological factors could also contribute to the disease state.

The Microbiome in Cancer 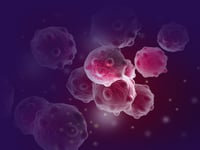 Most microbiology studies seem to involve bacteria, particularly when it comes to their interactions in human disease, probably because most of the microbes in the human body are bacteria. However, recent data shows that while they are far less populous, the fungal compartment of the microbiome can also greatly affect human health and disease. 1 One never really considers that a small organism related to baking yeast can have such broad effects on cancer, but if the smaller bacteria can influence cancer development, then the larger fungal invaders would also have significant impact on disease progression.

The challenge in studying fungal communities within the body lies in their relative scarcity (less than 0.1% of total microbes in the body) and lower diversity, which explains the lack of data to this point. 1 Interestingly, while most of the fungi living alongside us within the body can be quite beneficial and could even promote cancer treatments, there are certain fungal profiles that are associated with carcinogenesis. Based on where fungi are localized within the human body, it makes sense that certain fungal species are associated with increased prevalence of colorectal, pancreatic, gastric, and head and neck cancers. 1-3

How Fungi Can Affect Cancer

In addition to interacting with bacteria in the host body and the host themselves, fungi can produce and secrete biological molecules and toxins that could increase the likelihood of cancer. For example, the yeast Candida can produce acetaldehyde through their alcohol dehydrogenase, which is known to promote carcinogenesis. Aspergillus can excrete toxic byproducts known as aflatoxins that damage host DNA and could lead to cancer development, including liver cancers. 1

As noted in a recent issue of Cell, profiling the tumor mycobiome is another avenue that needs to be explored to maximize the efficacy of antitumor treatments. Just like more conventional tumor biomarkers that most current treatments are targeting, the fact that microorganisms are affecting physiology of both healthy and cancerous tissues should not be ignored. In many different tumor samples, various fungi can be detected by histological staining, and the composition of fungi varies by cancer type, while also being able to distinguish between healthy and cancer tissues based on the associated fungal distribution. 2

Putting the Fun (and Fungi) Back into Diagnosis and Treatment 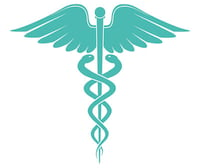 Given the reported prevalence of fungi within tumor tissues, it makes sense that this information can be used to diagnose tumors and predict treatment success. For example, depleting fungi from tissues improved the responsiveness to radiation therapy. 1 Profiling within gastrointestinal and lung tumors also showed a correlation between the presence of Candida and poor survival outcomes. 3

Although there has been much progress in showing the association of fungi with tumor progression and treatment, much work still needs to be done to dissect the interactions between fungi, bacteria, and the host. The complex interplay between multiple species within a single microenvironment, not to mention the entire host body, is a daunting puzzle that certainly requires more attention. With greater knowledge, modern medicine can leverage this information for more effective therapeutic strategies in the future. 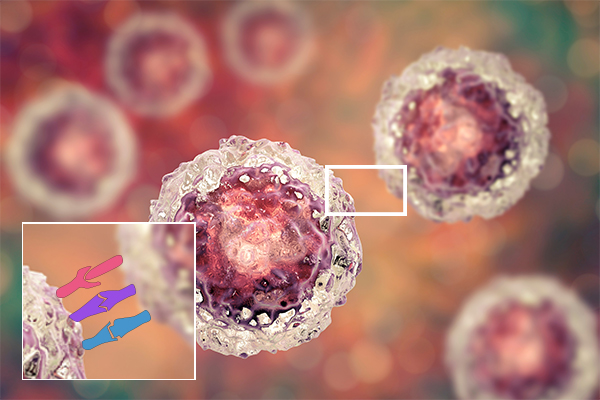 The Importance of CD Antigens in Drug Discovery