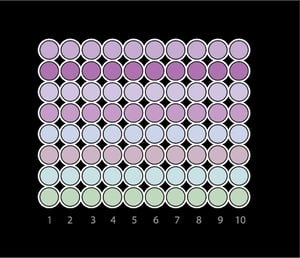 The four most common tetrazolium salts used in cell proliferation assays are: MTT, XTT, MTS, and WST1. MTT is insoluble in standard cell culture media, and the formazan crystals it forms need to be dissolved in dimethyl sulfoxide (DMSO) or isopropanol. Therefore, MTT is mainly used as an endpoint detection method. The other three salts, like Alamar Blue, are soluble and non-toxic. They can serve as a continuous monitoring tool to track the dynamic changes in cell proliferation. Among them, the efficiency of XTT is low, and additional factors need to be added. WST1, on the other hand, is more sensitive and effective, showing faster color development than the other salts. Alamar Blue is also highly sensitive, and as long as there are at least 100 cells in the well of the microplate, they can be detected. Tetrazolium salts and Alamar Blue redox dyes can be used with a variety of instruments and in high-throughput studies. 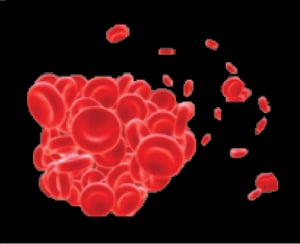 Some antigens only exist in proliferating cells, while non-proliferating cells lack these antigens. You can also detect cell proliferation by utilizing specific monoclonal antibodies. For example, in human cells, the Ki-67 antibody recognizes the same-named protein and is expressed in the S-, G2-, and M-phases of the cell cycle, but not in the G0- and G1 phases (non-proliferative phases). The proliferation of cells can be detected using antibodies against Ki-67 protein. Due to the need for tissue sectioning, this method does not allow high-throughput analysis. However, this method is very popular among cancer researchers because it can be used to detect the proliferation of tumor cells in vivo and in vitro. Other commonly used cell proliferation or cell cycle regulatory markers include proliferating cell nuclear antigen PCNA, topoisomerase IIB, and phosphorylated histone H3. 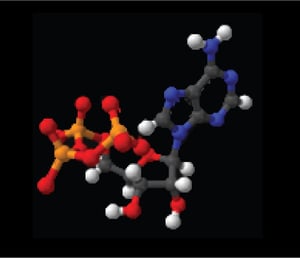 The ATP content in cells is strictly controlled, which means the detection of ATP can also provide information on cell proliferation. Dead cells or imminent dead cells contain almost no ATP, and there is a strict linear relationship between the concentration of ATP measured in cell lysates or extracts and the number of cells. ATP detection using the bioluminescent luciferase and its substrate, luciferin, can provide you with very sensitive results. If ATP is present, the luciferase will emit light, and the intensity of the luminescence is proportional to the ATP concentration. Both luminometers and microplate readers that can read luminescence signals can be used as easy detection methods. ATP concentration assays are well-suited for high-throughput cell proliferation assays and screening. 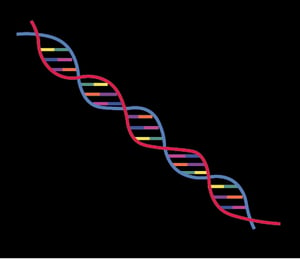 DNA synthesis assays are the most accurate and reliable way to detect cell proliferation in the laboratory.

Traditionally, radiolabeled 3H-thymine is incubated with cells for several hours or overnight. The newly proliferated DNA cells will incorporate the radiolabels and can be detected by a scintillation counter after elution. The advantages are that thymidine (3H-TdR) is accurate and reliable, highly sensitive and highly replicable. However, scintillation counters are expensive and time-consuming. Another obvious drawback is that it is troublesome and unsafe to use and handle radioactive materials.

Alternatively, you could use the non-radioactive bromodeoxyuridine (BrdU) to label the DNA cells, and then analyze the cells using colorimetry, chemiluminescence or fluorescence detection. If you are studying a single cell, you can incorporate BrdU into the DNA synthesis of proliferating cells. Like 3H-TdR, BrdU can be incorporated into S-phase cells of newly synthesized DNA by competing with endogenous thymine molecules. Cell proliferation of BrDU-labeled cells can be measured using anti-BrdU monoclonal antibodies and ICC staining after incorporating the BrdU using in vivo injection or cell culture.

BrdU is more suitable in a wide range of applications, such as IHC, ICC, intracellular ELISA, flow cytometry, and high-throughput screening because of the lack of endogenous BrdU molecules. 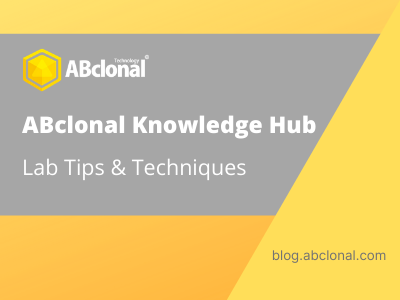 5 Essential Tips You Need to Know for the Lab