Before my grandmother passed, she had been battling severe dementia for a very long time, which made it difficult in many ways to have conversations with her. It would take several minutes for her to process who I was, and then it would seem like she would remember me and my family, but she would still have to ask for clarification several times even after we had answered her queries. I am grateful that she is in a better place now, but her challenges in the final years of her life deepened my empathy for people who suffer from dementia, and those who take care of them.

Dementia is a term describing the afflicted person’s impairment in memory, thinking, or decision-making to the point that they can no longer perform normal everyday activities. Although it commonly strikes in older adults, dementia is far worse than the occasional lapses in memory that we all have (like when we walk into a room and totally forget why we went in there initially). The most common cause of dementia, comprising over 60 percent of global cases, is Alzheimer’s disease, which is a progressive ailment that currently has no cure. The prevailing evidence shows that Alzheimer’s is linked to the accumulation of misfolded proteins, known pathologically as plaques and tangles, of beta-amyloid and tau, which results from defects in normal cellular trafficking and autophagy and often leads to neuronal cell death. Per the Alzheimer’s Association, around 55 million people around the world are living with some form of dementia, with over one trillion American dollars spent annually in the care and treatment of Alzheimer’s patients and affecting far more family and friends. With the time, resources, and death toll from Alzheimer’s, it is clear why so much effort is devoted to finding more effective treatments and hopefully come closer to an actual cure. The Alzheimer’s Association and partner organizations have already augmented fundraising and caregiving practices to support further research and improve patient living standards, but we are barely on the cusp of specialized therapies that may significantly change the game for the better.

The great strides made in Alzheimer’s research over the decades has allowed for the delineation of specific biomarkers that can help clinicians diagnose the disease before symptoms are apparent. It is important to track Alzheimer’s from the earliest stages, as early detection improves the odds of therapeutic effectiveness. 1

The pathology of Alzheimer’s is defined by the build-up of beta-amyloid deposits, known as amyloidosis. Therefore, many of the biomarkers being tracked include amyloid isoforms either through the cerebrospinal fluid (CSF) or detected by positron emission tomography (PET). 1, 2 Classical biomarkers also include tau and apolipoprotein E (ApoE). 1, 3 (Figure 1) 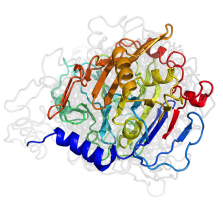 Peripheral T cell immunity is dysregulated in Alzheimer’s disease and T cell subset profiling can be correlated to the severity of dementia. For example, a higher population of CD8+ T cells in the CSF correlates with cognitive dysfunction and changes to nervous system anatomy. 4 Proinflammatory signals, including TNF-alpha, also increase reactive oxygen and nitrogen species, which leads to oxidative stress that could cause neuronal death, as well as functions that interfere with the sustained growth and survival of nerve cells. 5 Conversely, anti-inflammatory factors such as TGF-beta 1 are depleted in Alzheimer’s. 5

Due to the involvement of the immune system in Alzheimer’s disease, many therapeutic strategies are focused on modulating the immune response to reduce severity of disease progression. In mouse models, inhibiting the NLRP3 inflammasome alleviated the peripheral inflammation in nervous tissues, which appeared to reduce tau pathology and neuronal death. 4 Unfortunately, translating animal models and in vitro and in vivo biochemical successes into human patients has been difficult and often fail due to side effects or lack of tangible results. 5 Many treatment strategies are also ineffective in advanced Alzheimer’s, when there is too much neuronal damage to restore cognitive function. 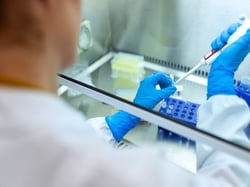 With greater understanding of the immune system and the successes of humanized monoclonal antibody therapies in other fields, several strategies and current clinical trials have turned to these monoclonal therapies to directly target and reduce amyloid and tau aggregation, or to modulate the immune response in Alzheimer’s patients. 5, 6 The surface receptor TREM2, which is expressed on microglia, is associated with Alzheimer’s risk upon deactivation or depletion. 4-6 A proposed approach is to activate microglia through activating TREM2 to improve treatment outcomes, and at least one monoclonal antibody therapy is currently in clinical trials. 6

In 2021, the US Food and Drug Administration (FDA) granted an accelerated approval for aducanumab, a monoclonal therapy that targets and removed amyloid plaques in Alzheimer’s patients. However, the fast-tracking by the FDA was met with protest due to the lack of evidence that the drug had any clinical benefit, and the company marketing the drug has scaled back the product support as they have had difficulties finding a foothold in Europe. More recently, the UB-311 vaccine was also fast-tracked by the FDA as a therapy to reduce the levels of beta-amyloid plaques. Every day, medical science reveals methods to track novel biomarkers and use technology to diagnose Alzheimer’s at early enough stages to maximize the therapeutic efficacy of these new drugs.

ABclonal is committed to helping bioscience researchers identify novel biomarkers and pathways to generate more effective therapies against Alzheimer’s disease and improve the human condition. You can examine our product offerings for the study of neurodegenerative diseases, with emphasis on Alzheimer’s and other neurological disease biomarkers. Even if you are not actively researching dementia and Alzheimer’s disease, please check into the Alzheimer’s Association and find out how you can help contribute to further research and better caring of patients.

Please also see the table below for selected products that can aid in your research. 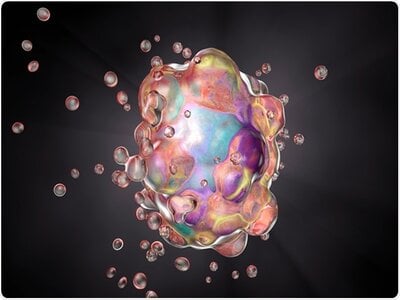 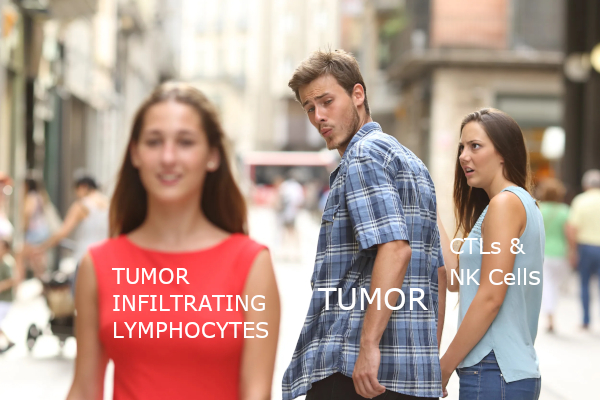 Everything You Need to Know About Tumor Immunology and CCR8 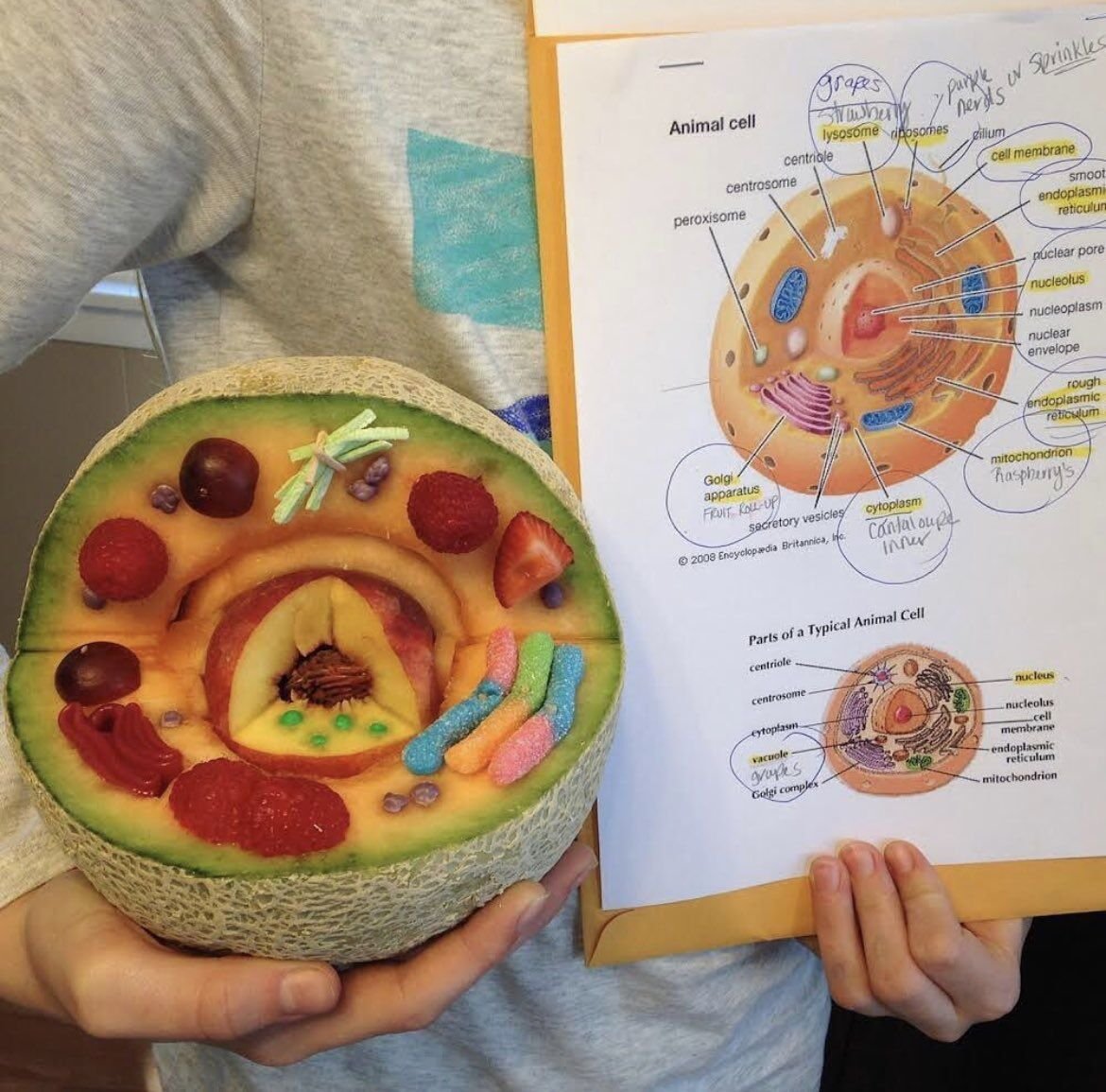